Anyone up for a morning ride? 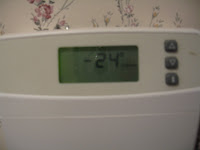 Posted by Aaron Swanson at 6:34 AM No comments:

’08 came around as a pretty good year. The hard & smart training paid off as it was my best year from a performance & result standpoint. Had a few too many untimely mechanicals that threw off some good races, but all in all I can’t be disappointed.

But before going into that I thought to pass out some comments & awards on this past year. Nothing more than my relative judgment & observations from racing with some great riders and even better people.

--The “Just Killing It” award – this came in on the front side and back side of the season from the exact same person. Shawn Gort, that guy, I don’t know what he thinks of his own season but I witnessed some damn impressive efforts. The first was at the Cable Off Road Classic in May. There was group of us, maybe 4 or 5 guys, I was leading into the final 3 miles. We get off the trails and hit the final 2 mile railroad grade to the finish. At first I thought Matt Muyres was the guy to beat as he got on it & hammered like only he can. I was at my limit and even while drafting I was holding on for dear life. That’s when Shawn pulls up and methodically eliminates not just everyone in our group but reels in 3 or 4 guys that weren’t even in sight when we hit the railroad grade. The second was a Bay Cross #1 in October. In fashion reminiscent of ’07, a couple laps in Shawn gets dropped out of sight only to come storming back in the final 3+ laps. Again I had to do everything to keep from going cross eyed trying to stay with him in the final two laps. That made for a great but controversial finish as they awarded the wrong guy for crossing the line first… Shawn no doubt had my nod for crossing first. As God as my witness that boy can bring some serious game and really kills it when he’s got it going on.

---Amazing performance award – hands down this is the easiest call of the season for me. Paul Belknap. When the triple crown races came around, he put on a Superman suit or something. First at Ore to Shore, you almost had to witness it to fully appreciate the magnitude of what happened. With two thirds of the race done, we’re on a long stretch of a rolling pavement section. Matt Muyres again was the guy responsible for bridging two sizeable groups of racers together. So there’s probably a dozen or more racers working to catch this lone rider in the distance…. who’s on wouldn’t you guess… a single speed. On paper those are horrible odds – a dozen multi-geared bikes in a pack, working to chase a single speeder on smooth pavement. It don’t got much worse. Over that stretch of maybe 5 miles, slowly, but certainly not easily the distance kept getting shorter and shorter and shorter. At point of going back on forest roads & four wheeler trails, the lead he had, had shrunk down to maybe 75 yards at best. That racer -- Paul Belknap – did some might fine riding not just holding off that group but in final 10+ miles he not only held off each one of those riders in the chase group (myself included) but went on to chase down several more before finishing an impressive 30th overall & 2nd place single speeder. Simply amazing effort. The second performance was at the Chequamegon 40, though I have less first hand experience in witnessing that event as I my brief interaction with Paul was when I was being passed by the rocket he was on shortly before the Seeley Fire Tower climb. From OO to the finish he displaced close to 60+ racers to have one of the best finishes the Bay Area has had from a racer in recent history, finishing 65th overall and just off the single speed podium in 4th place.

---Missing in Action – SKJ, can’t wait to have her back racing full speed in ’08. I’ve heard that childbirth changes the threshold of pain one can endure. If that’s the case, all you boys better watch out because she’ll be beating you even worse than she did before.

---Missing in Action #2 – Charlie Farrow – please come back to your senses and race some normal length cross country races Charlie – we’re missing that bright, light up the room smile you bring to any contest. That’s doesn’t mean give up that enduro scene, just grace us with your presence more often J.

---Best on the Bay – You gotta be a Chequamegon Bay resident for this one…. Kelly McKnight made it his in ’07 with the head to head battles. ’08 would appear to be a tie between me & Paul Belknap, each taking 3 races apiece.

---Wish it were back --- WORS Marathon Series, given birth in ’07. 40+ mile events, whether you liked it for the courses or as training efforts for the Triple Crown races, it was a good change of pace.

---Disappointed for…. Jesrin Gaier, great guy that you cheer for. He is so gifted and still had a super year by any mortals standards but not quite the same as his ’07. If his motivation is there for ’09 he should be right back on top of things.