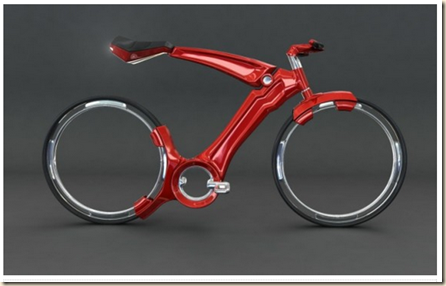 Posted by Aaron Swanson at 6:07 AM No comments:

…Maybe the endurance hasn’t entirely forsaken me, made it through 2hrs of riding with a couple 20min intervals just below race pace, that after 2hrs of core & upper body workouts.

Gotta say though..shoot, it’s cold out there.  14 degree with 15mph winds = damn what am I doing outside riding my bike?  Oh, that’s right, riding a trainer/roller indoors has the appeal of pulling splinters out from underneath my fingernails.  And skiing?  Oh, yeah, if you can any find reasonable abundance of the semi-crystalized molecular form of H2O but that’s pretty hard to come by this year even this far north.

On the positive side…I look at it this way, it’s now closer to April 1st looking forward than it is looking back to Christmas.  In another couple blinks of the eye there’ll be open singletrack & dirt trails to ride on.

Had a great conversation with Coach Gordy this week on the upcoming season.  Gave him the green light to put me thru the necessary pain to cook up ideas to tease some more power and endurance outta these legs & lungs.

Also looking forward to seeing familiar faces this season and undoubtedly meeting new ones as the turnover and interest in MTB’ing and Cyclo-cross changes as do people lives.  It’s too got me pondering coming up with a list of predictions for the 2012 seasons…..Hmmm…. got any ideas or suggestions toss things into the comment section..

Posted by Aaron Swanson at 8:21 PM No comments:

…I should put out a want ad or get on match.com– “Fit, relatively fast cyclist, looking for strength or firmness of mind or soul to endure pain or adversity patiently and determinedly.  Fortitude, resolution, otherwise known as endurance.”

This past week I started my 2012 season training again.  I convincingly got my butt handed to me on a straightforward 3hr ride Saturday, I wasn’t sure I was making it home.  At 2hrs in I was already in trouble.  Since it was an “out & back” ride -- outside of wimping out with a phone call to the wife to come get me, I had to stick it out.

Guess all that cyclo-cross training  & racing gets you speedy… but doesn’t exactly build you a motor to go all night.  Fortunately I kept in mind Todd McFadden, Dave Cizmas, Charlie Farrow & a host of others who did the Arrowhead 135 ultra winter bike race this past week.  Crazies, I say crazies!  But in perspective when they are gutting out 18+ straight hours of racing, it helps one suck it up in the final miles of a 3hr ride.

Like I mentioned in an earlier blog entry it was nice to take most January off & do other activities.  Helps the winter go by faster.  Fortunately, taking the time off hasn’t taken too much away from my fitness (except the abovementioned endurance).   I put in an hour tempo ride and I was able to maintain the same 60min output as I did last year at this time after a month of training.  So that’s a silver lining & bodes well for things to come I hope.

Enlisting good ‘ole coach Gordy Paulson to bring me up to fitness & speed for yet another season.  He’s always got some good workouts cooking in his pot of pain.

This MTB season it appears I’ll be racing formally with The Ski Hut out of Duluth, MN, in conjunction with Swanson Financial Services.  The Ski Hut provided some great service and support for my cyclo-cross season this past fall & winter.  So I’m anxious to be racing with the McFadden’s (Todd & Di), Kylander-Johnson’s (Scotty & Sara) & a host of other speedy fun racers this year.

Otherwise life’s got all it’s normal (& abnormal) ups & downs.  Life’s pretty busy with the four kids, the youngest Aaron Cooper Douglas, just had his 1st birthday yesterday.  Good stuff -- that boy can crawl like lightening and throw stuff like nobody’s business.   People say kids can wear you out but I tend to think once you get used to it they can also give you energy.  I’ll take a smiling face & eyes lit up from my daughters, Hope & Grace any day of the week.  And Marshall at 7yrs old is really great to spend time with, hearing about something he learned in school, playing football catch or wrestling with him.

Not that life is always rosie, there’s deadlines and drama when you least like to have them happen but in every adversity there’s always something to gain from it if you know where to look.

It may only be the first week in February, but as fast as winter is going spring will be around the corner and we’ll be tearing up the single track  soon & building more of it.  Til then…

Posted by Aaron Swanson at 5:53 PM No comments: